In the world of commercial real estate, it is inevitable that sometimes deals will fall apart. As the real estate market continues to sizzle, it begs the question if buyers should be entitled to opportunity damages for deals that fall apart as those precious buildings continue to rise in price. Thankfully for us, we now have a better understanding after the Court of Appeal released their decision in Akelius. Put simply, as the motion judge posited, “[c]an a Europe-based, worldwide real estate investor whose contract was breached by a seller in Toronto be awarded damages based on lost opportunity to cash in on the local real estate boom?”[1]

The facts are relatively commonplace, but we will provide them for context nonetheless. The appellant in this case had entered into an agreement with the respondent to purchase seven residential apartment buildings. The deal went awry when the respondent failed to remove certain encumbrances from title. The buyer was likely disappointed in this outcome but had its deposits returned and went about their business. The story gets interesting as two years later, the respondents managed to sell the original seven properties to a new purchaser for about 25% more than the original price. In discovering this, the appellant had claimed damages in the amount of $56,544,318.00 for losing the opportunity to see that rise in value. The question at hand was simple: What are the appropriate remedies for the innocent purchaser after their agreement was cut short by no fault of their own?

In the Court of Appeal, J.A. Harvison Young affirmed the lower court judge’s findings. It was found that the “appellant has not established why it could not have re-entered the market over that period or why, for the purpose of mere capital speculation, it was necessary to purchase six buildings close to one another in Parkdale.”[2] Great emphasis was put on the commercial activities of the purchaser, as the court noted that capital appreciation could have been considered if not for the appellant’s business as a long-term investor.

To look at it another way, the court has essentially told the appellant that they are not day traders on the stock market and wouldn’t have sold just a couple years later. In cases like these, the courts will often look to apply the doctrine of fairness to put each party where they would have been if the deal had been completed. As there was no evidence that the appellant would have sold the properties, the appeal was dismissed. This case shows that fairness and intentions will continue to play an important role in the legal landscape of contracts and real estate. You can find the full decision and appeals here.

This publication is a general discussion of certain legal and related developments and should not be relied upon as legal advice. If you require legal advice, please reach out to us and we’ll provide assistance based on your personal situation. 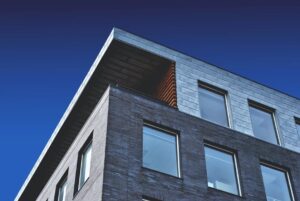 Who's The Boss - Ontario Transparency Obligations Come into Effect in Mere Months As we march closer to the new ...
Read More